The Horyu-ji temple was built in 607 by order of Prince Shotoku, considered by many to be a saint of Japanese Buddhism. The temple is a real shrine in Japan; not only because it is the oldest temple in the country, but also because it serves as a storehouse for some of the country’s rarest treasures. Various parts of the wooden temple have survived earthquakes and fires, making it one of the oldest structures in the world.

The temple is divided into two parts, Sai-in (West Temple) and Tō-in (East Temple). You enter through the Nandai-mon and Chū-mon gates and when you enter the temple you end up in the Kondō. The Kondō houses various treasures, including the treasure of Buddha Sakyamuni, one of Japan’s largest Buddhist treasures.

It is almost invisible yet extremely important. Many Japanese and tourists come to this temple because of the status of the temple. It also led to the inclusion of the Horyu-ji temple on the UNESCO World Heritage List in 1993.

At the Hōryū-ji temple, there are also two other buildings that clearly do not belong to the temple. One of these buildings is called the Daihōzō-in (Great Treasure Hall) and contains a number of treasures that played a major role in the history of the Horyu-ji temple.

The other building is called the Yumedono (Hall of Dreams). Legend says that this is the place where Prince Shōtoku meditated and received help from a friendly golden appearance. What that appearance was exactly is unfortunately not clear. 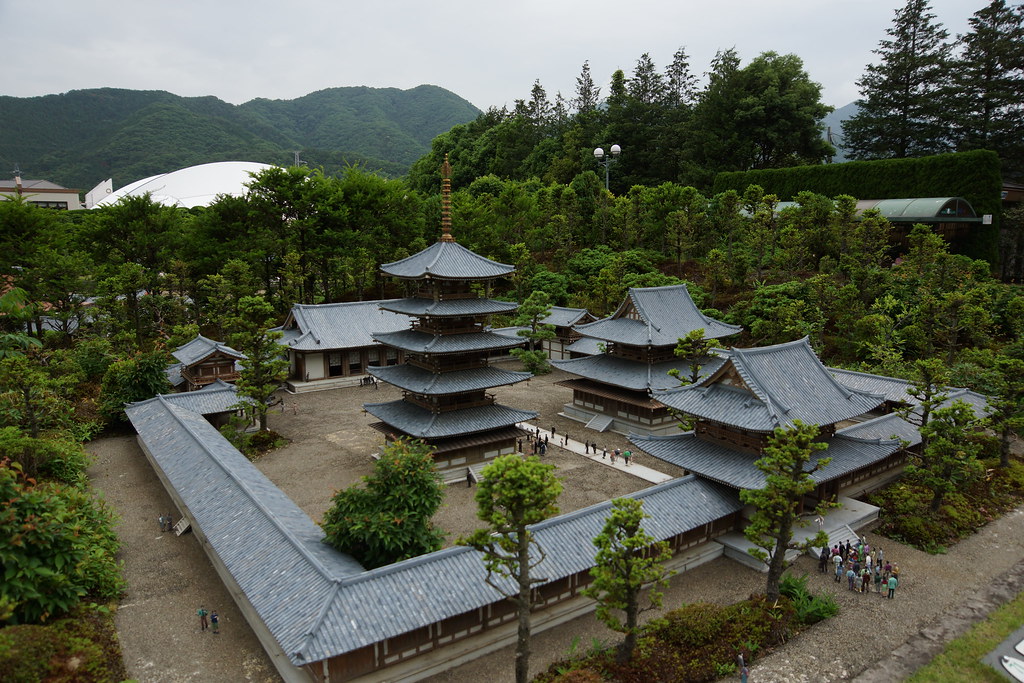 How to Get to the Hoyu-ji temple

The easiest way to get to the Horyu-ji temple is through Nara. You need at least half a day to view this temple complex. To get there from Nara you can take the JR Kansai metro line towards Hōryū-ji Station.

This takes around 11 minutes. From here you can take shuttle buses to the temple which takes another 10 minutes.